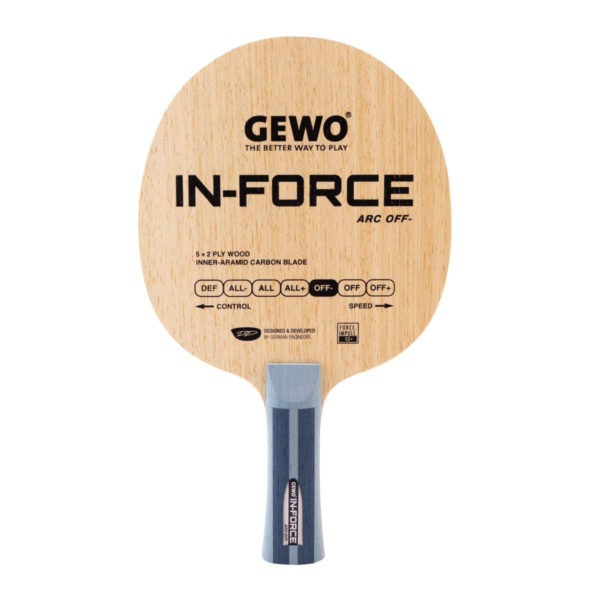 The success story continues! It all started in 2011 with Force ARC Off and the story is now contin-ued with the new GEWO Force series. New compositions and materials were combined to meet the requirements of modern high-performance table tennis. The composition of the popular Force ARC Off remains unchanged while the blades balance has been adapted to the demands made on state-of-the art table tennis blades.

The Gewo In-Force ARC Off- is a true allrounder! Force ARCs little brother comes with the synthetic fibre placed directly on the core ply, which provides for a more flexible and tame feel. The harmonic composition of the blade offers new possibilities and variability for spin-oriented attackers, OFF/ALL players and even active players using pips-out/anti-spin rubbers.

NOTE: These settings will only apply to the browser and device you are currently using.